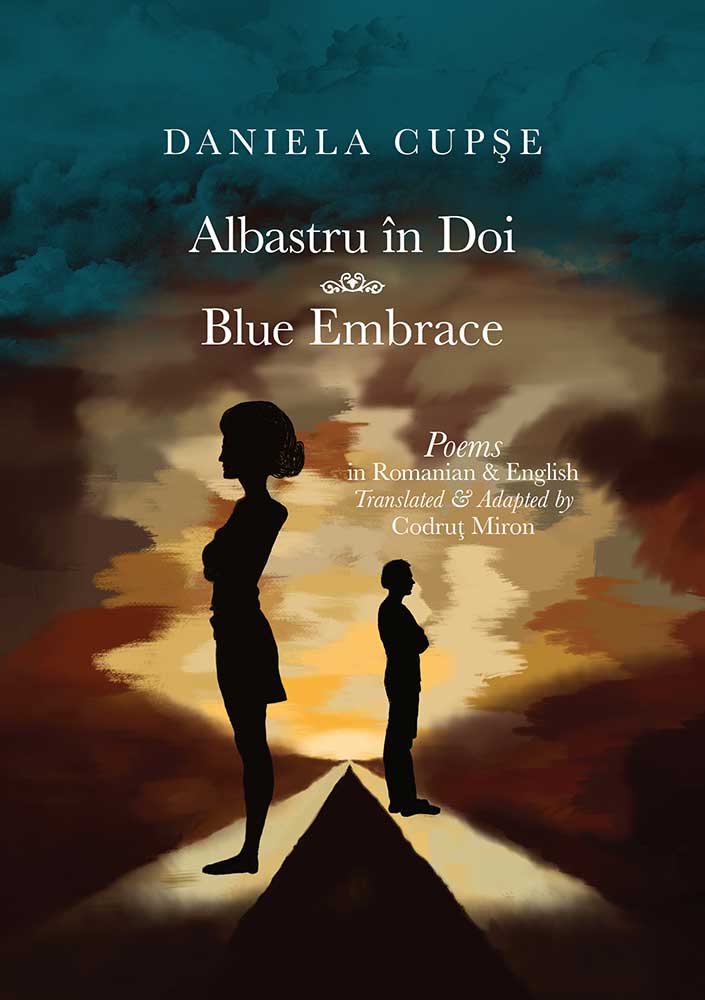 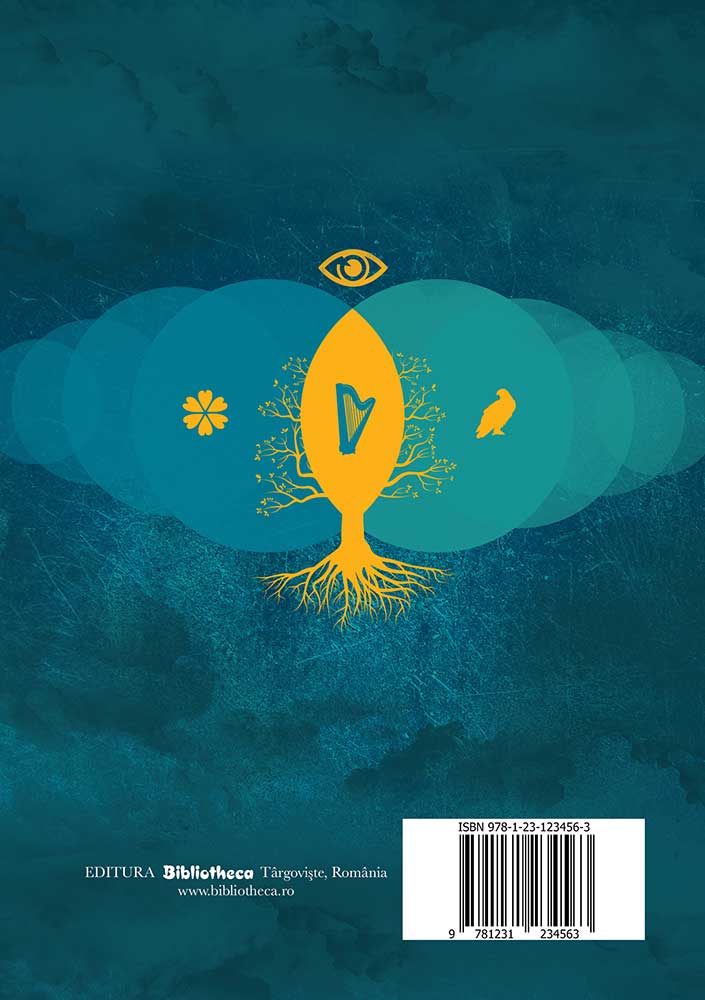 Daniela Cupșe’s poems take the reader into a deep realm, beyond the horizon, as is it is in fact poetry to which Daniela gives birth from the inner depth of her heart, of her soul, from the blue skies reflecting on the blue abyss of the ocean, sometimes stormy, sometimes tranquil. The blue embrace of two hearts, and the blues coming from profound, ensconced feelings of love and sadness, at times hidden, other times rebuffed, buried, tumultuous or silent. Concealed feelings of a painful yet cherished love come to life in verses such as “northern frozen grasses” where, in just three words, the reader can find a whole intensity of meanings, from the coldness and icy frozen north to the hope of grasses, albeit frozen, yet in anticipation of coming alive.  “Deep dark abyss” versus the “suns”, “crowns of water lilies and thorns” (“Together”), “charcoals” versus “frosty night” as in “Story for Ana”, as well as “torrid and blue fall” (“Fall Meditation”), are just some of the metaphors rendering images of contrast where dark and light, pain and hope come together, melting in the abyss of the soul.  Daniela is – in a way – offering the reader the chance of taking a journey into the depths of ardor and despair, of her inner self, through rhetorically doubtful questions, playing with words, exposing her suffering, loneliness, desires, longing, in sublime expressions, unexpected combinations of words, inviting to guessing, to identifying oneself to the seasons of her heart.

“Blue Embrace”, as the title of the book as well as that of a poem, brings together in an unexpected embrace the shivering chills of the cold seasons (the fall with its colorful palate, and the winter, both being the most prominent throughout Daniela’s poems), along with the liveliness and optimism of spring and summer, which are less present in her poems but vivid nevertheless. Inanimate objects come to life through elusive yet effective personifications:  “The lament of my steps / tediously moving on alleys covered by empty hours” (“Solitude”)“The Sunset was carrying the city on its hind” / ”Fields are growing into my hands” (“Birthplace”)“The two skinny poles were clicking in a tempo with tens of seasons / petting my numbly body / carving deep holes” / “desperation was dragging its own shadow “ (“Bethesda”) If Daniela’s poems written in the romantic and musical Romanian language offer the reader the opportunity to immerse himself/herself in a world of reverie and introspection, it is fair to add that the translator’s refined command of English matches the original Romanian version.

Codruț Miron’s translation and adaptation show not only a subtle yet defined mastery of the English language, but also a special sensitivity, a specific level of understanding the poetess’s feelings like chords on a harp, vibrating at the same frequency and with a similar  intensity, giving birth to a perfect harmony, in a unison of hearts. The translator’s selection of words and expressions as well as the combinations of figures of speech and crafty inversions give Daniela’s poetry the same meaning, thus preserving the resonance of the verses, the musicality of the lyrics. Codruț Miron’s translation in English offers the reader the same level of profundity, as the author intended in her native tongue, Romanian.

Not long ago she decided to confront her poetic destiny and to accept it. As they say “never say never“, Daniela Cupşe asked me to give her a collegial friendly hand and support her lyric public quest in which she dared to step into. I did not think twice and I did it as they say in Law with celerity – she is also a graduate of Law. I only did it after her poetry totally conquered me, her modern meta-phrasing writing being wrapped into a blue velvet of longing.

She is sapphic and engaged to a passionate and graceful erotism alike the ancient Bilitis, the love lyric of Daniela Cupşe remembers us of Mihai Eminescu’s magic feelings, her poetry being covered into an emotional aura of mystery. The Sunset was carrying the city on its hind / while you were drawing question marks on my temples / Then gingerly you polished a sizzling tear / framing it into a crying icon / So much that I wanted you to stay!… a calligraphy of persuasive surprise that is Daniela Cupşe. She is the One that comes. And like myself the readers will have the Revelation. I take full responsibility and I announce on my own knowledge the rise of an exceptional poetess in the Romanian writers’ new millennium. It is up to her to walk the path and keep convincing us all. I welcome her by all means into the Agora of the Romanian literature. 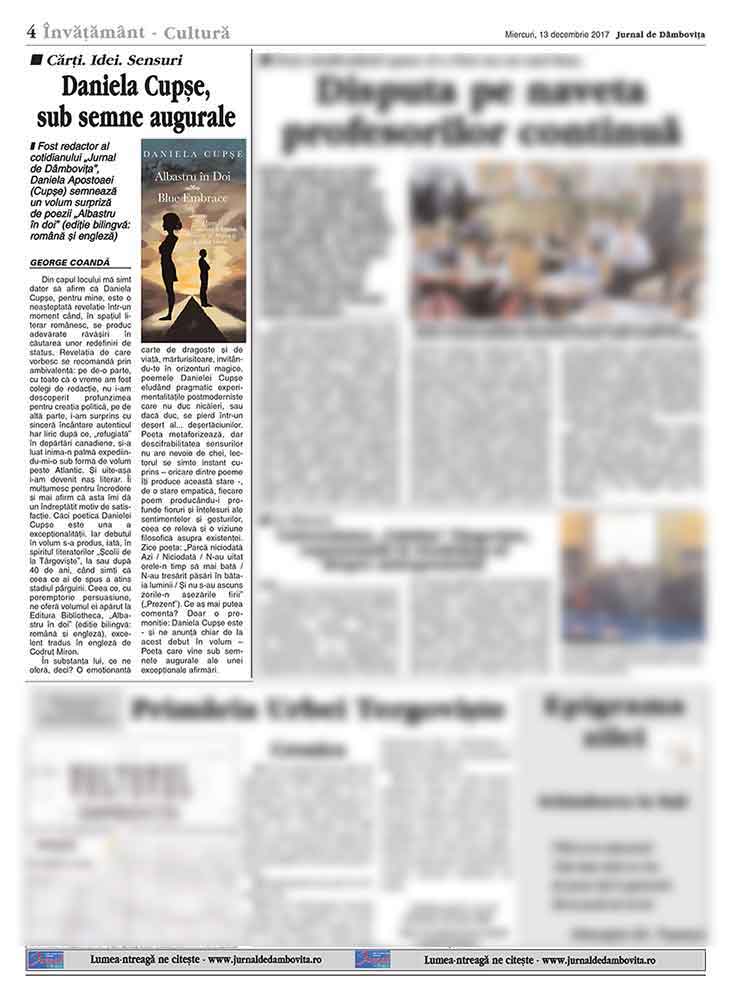 Blue Embrace is for sale 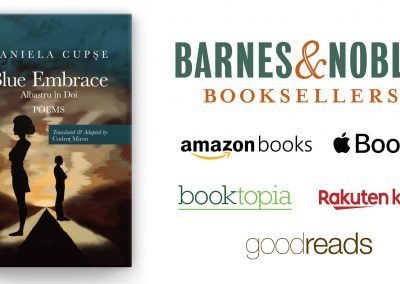 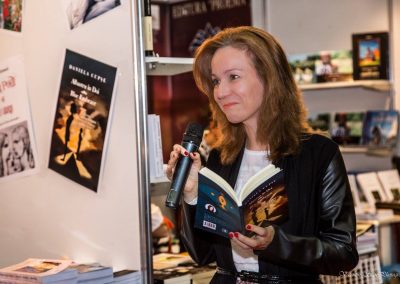 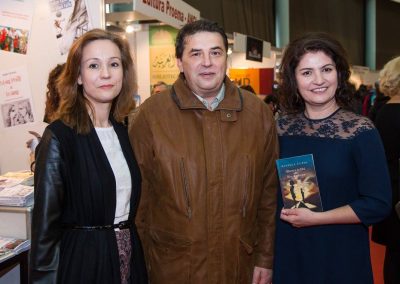 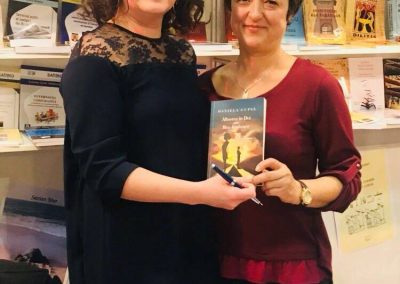 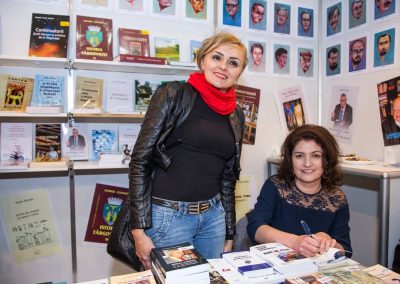 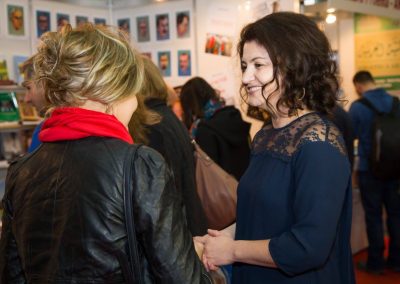 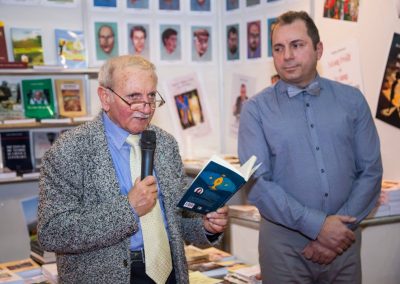 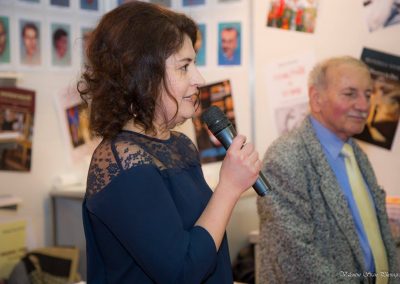 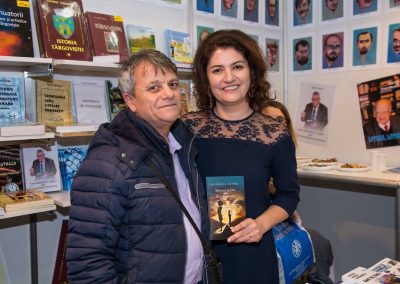 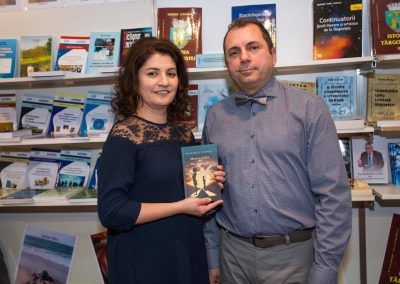 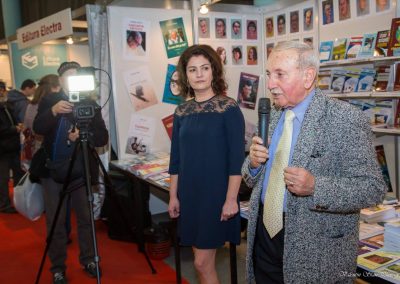 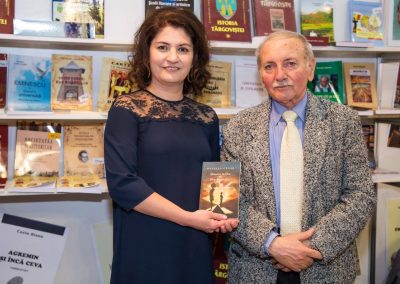 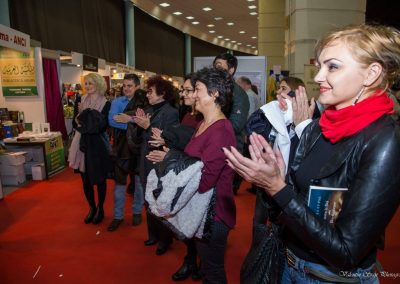 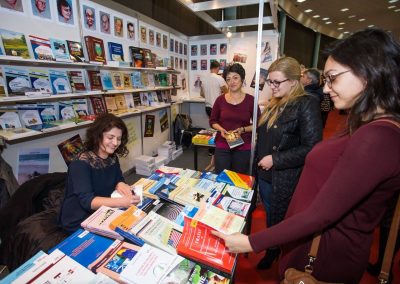 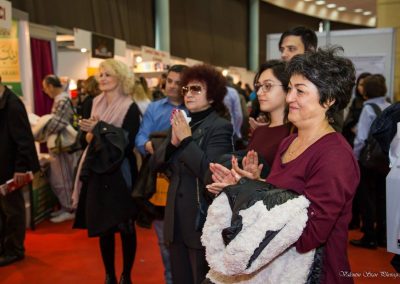 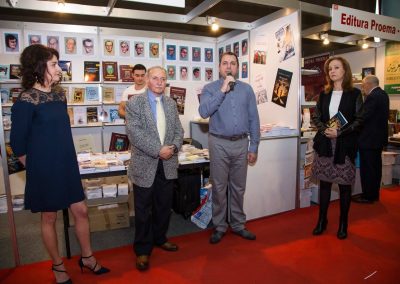 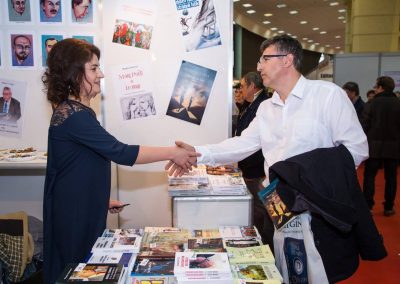 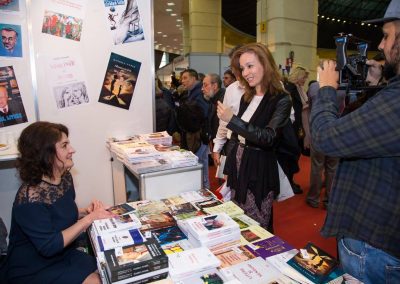 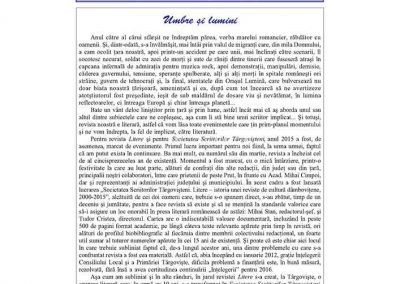 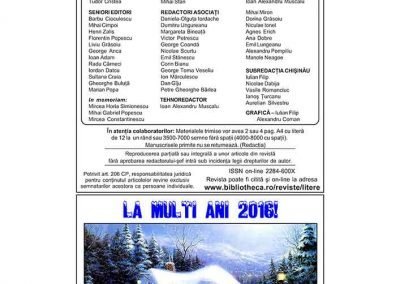 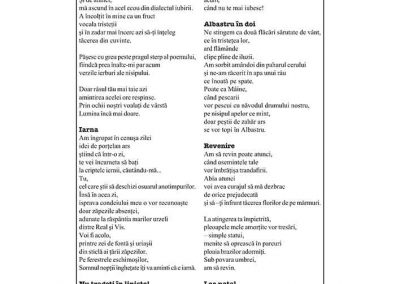 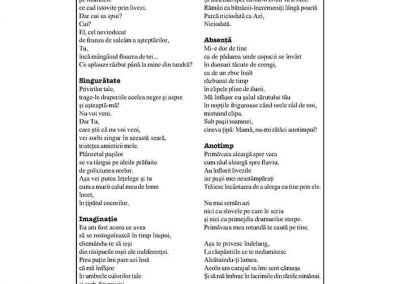 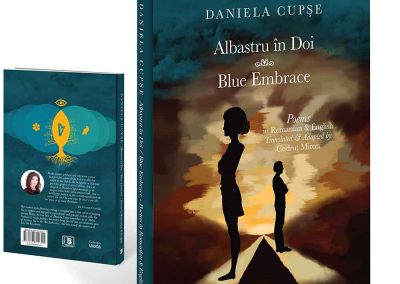 Treason poem from the Blue Embrace in a musical glimpse 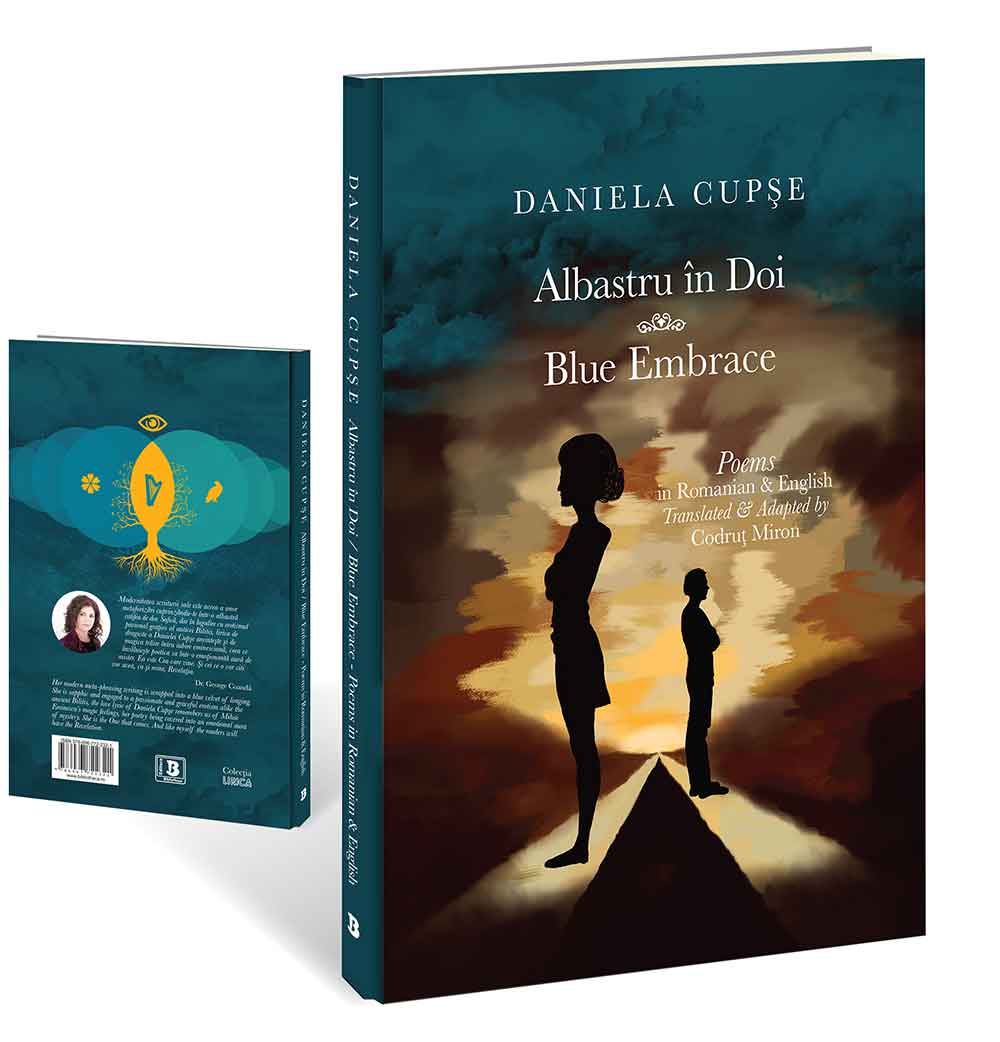