Our Team of Professionals can Help

Various expertise, one goal: to understand life better through documentaries.

Daniela Apostoaei is an Award Winning Film Director and founder of Destiny Productions. She began her career as an Editor of the daily newspaper “Dambovita Journal” in Romania, on the Investigation Department of Artpress Press Trust, and she went on to producing and directing TV series and documentaries. Daniela’s work is looking into dark corners, finding the hope and light, addressing the themes of justice, healing and transformation. She is the recipient of numerous film awards and her documentaries have screened nationally and internationally.
As a writer she is best known for her poetry book “Blue Embrace” and the book for children “Chopi and King Samovar”.

Her most recent documentary “Tiny Bukovina from Canada” (2019) has broadcast in different countries in Europa through TVR International. The film has also got distribution on Amazon Prime Video.

In 2017 the documentary “Another Little Romania” has been selected to compete in the World Premiere Film Awards Festival in Belgium and got a distinction at feature documentary category.

The film “Boyash” (2015) competed in film festivals in Hong Kong, Mexico and Honolulu and has also been screened in Canada, China and Romania. In 2016 the film received the Gold Kahuna Award at International Film Festival in Honolulu, Silver Palm Winner Award in 2015 in Mexico, and Honorary Prize at Gala for Press Prize 2016 in Romania.

In 2016 her project film “Operation Backpack” was in the top 10 finalists at From the Heart Productions, Roy W. Dean Grant, California.

From the two years of internship with Shaw TV Canada, Daniela created “Ticket For Two Lives” (2015), a documentary about a woman’s journey who undergoes two successful heart transplant procedures. The film has been screened at Shaw TV, Canada. 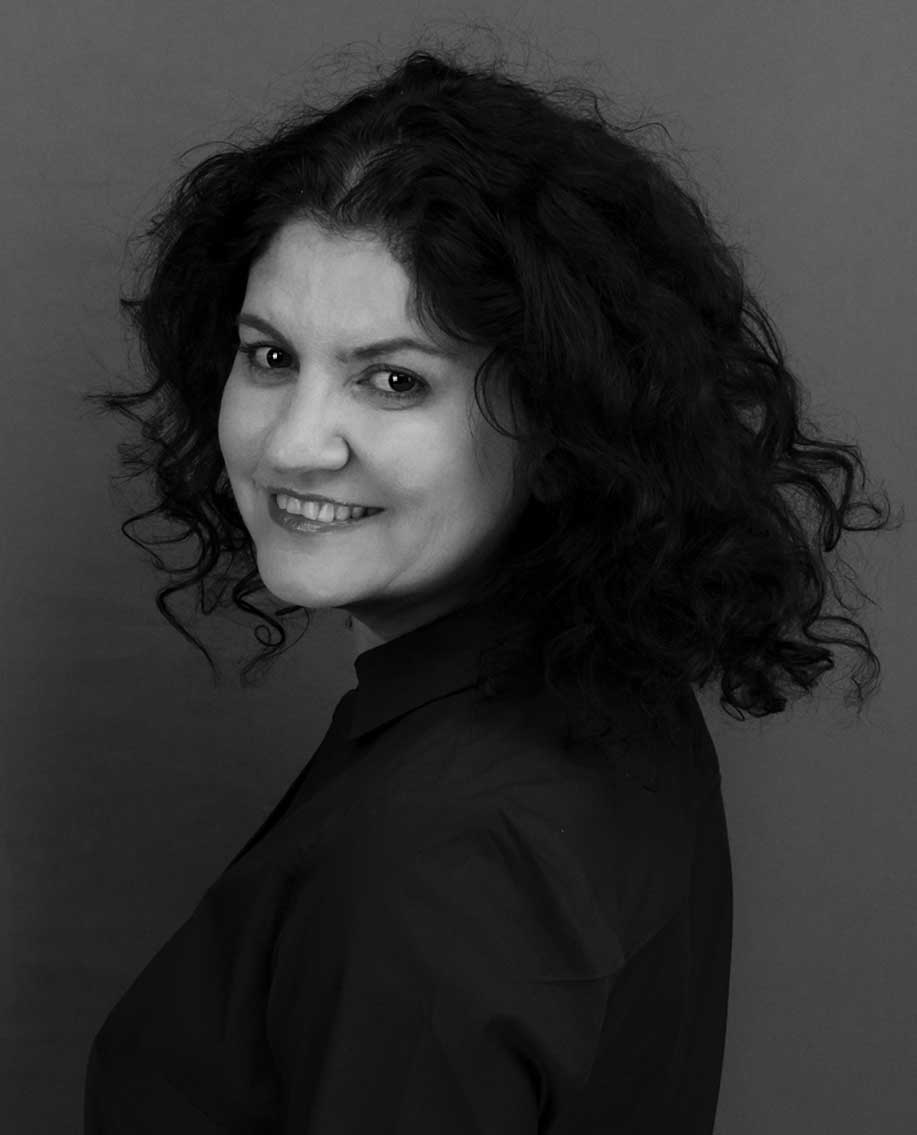 Daniela’s film “Enfance au tranchant du bisturi“ won in 2015 the Second Prize at Gala for Television Awards, Romania, and has also been screened in Canada and Belgium.

Her earlier TV documentary series “Destinies” (2011) were followed by “Home Among Foreigners” (2012) screened in Germany, Canada and Romania.

As a journalist, writer and editor, Daniela has tackled social changes, economic and cultural issues and took an active role at venues, symposiums and fundraising events for people at risk, representing those who could not speak or did not have a voice for themselves. Her articles were published in weekly and daily newspapers and magazines in Santarem, Portugal (O Mirante), and Romania.

Daniela Apostoaei holds a Bachelor Degree in Law from the University of Judicial Science, Romania and practiced in the field of Civil Litigations and Commercial Dispute. She is a member of the International Federation of Journalists (IFJ), the Canadian Freelance Union of Canada (UNIFOR) and the Union of Professional Journalists of Romania (UZPR). 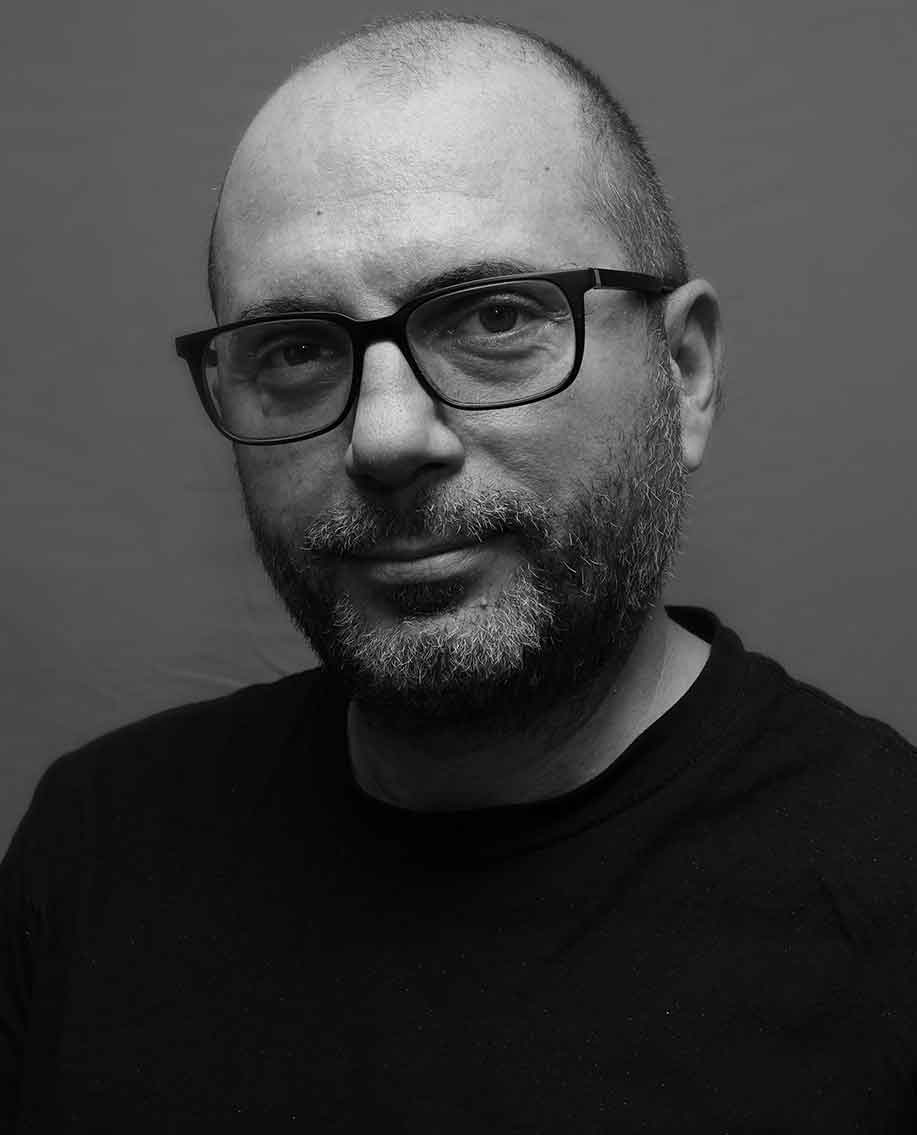 Codrut Miron has over 18 years of experience in multimedia production. His background as Visual Communicator from Montclaire, NJ helped his work in the advertising industry for 7 years in the Greater New York City  Area, and 13 years in Calgary, AB, Canada. Codrut’s main focus has been on Graphic Design, Multimedia, Web Design, and Video Editing.

He edited documentaries like: The Boyash (Rudarii), Canada, 2015, Director Daniela Apostoaei, officially selected to compete in the Pinneapple Underground Film Festival in Hong Kong, China (PUFF) 2015. The editor was awarded in recognition of excellence in filmmaking with Silver Palm Award, Documentary Short Competition at the Mexico International Film Festival, 2016. He also received the Gold Kahuna Award for Editing at Honolulu Film Awards 2016.

In his 15 years as a major market radio producer in Canada, Ryan has won many international awards for his creative production work. Working in major markets throughout Ontario and Alberta, he has developed advertising campaigns, radio imaging packages, jingles and everything in between.

In 2012 Ryan transferred his skills from radio broadcasting to films with stories that inspire, encourage and challenge. Ryan started Thunder and Light Studios Inc. in June of 2012.

Thunder and Light Studios completed their first documentary film in 2013, “The End of Churchianity.” The film has been screened around the world and has captured the hearts of thousands of people.

Since 2013, Thunder and Light Studios has worked on corporate promo films, TV Docs, an 11-part DVD training series, a web series, and is currently developing a reality TV show.

Ryan brings a number of skills to Destiny Productions including post production video editing, audio and sound-design, and camera work. 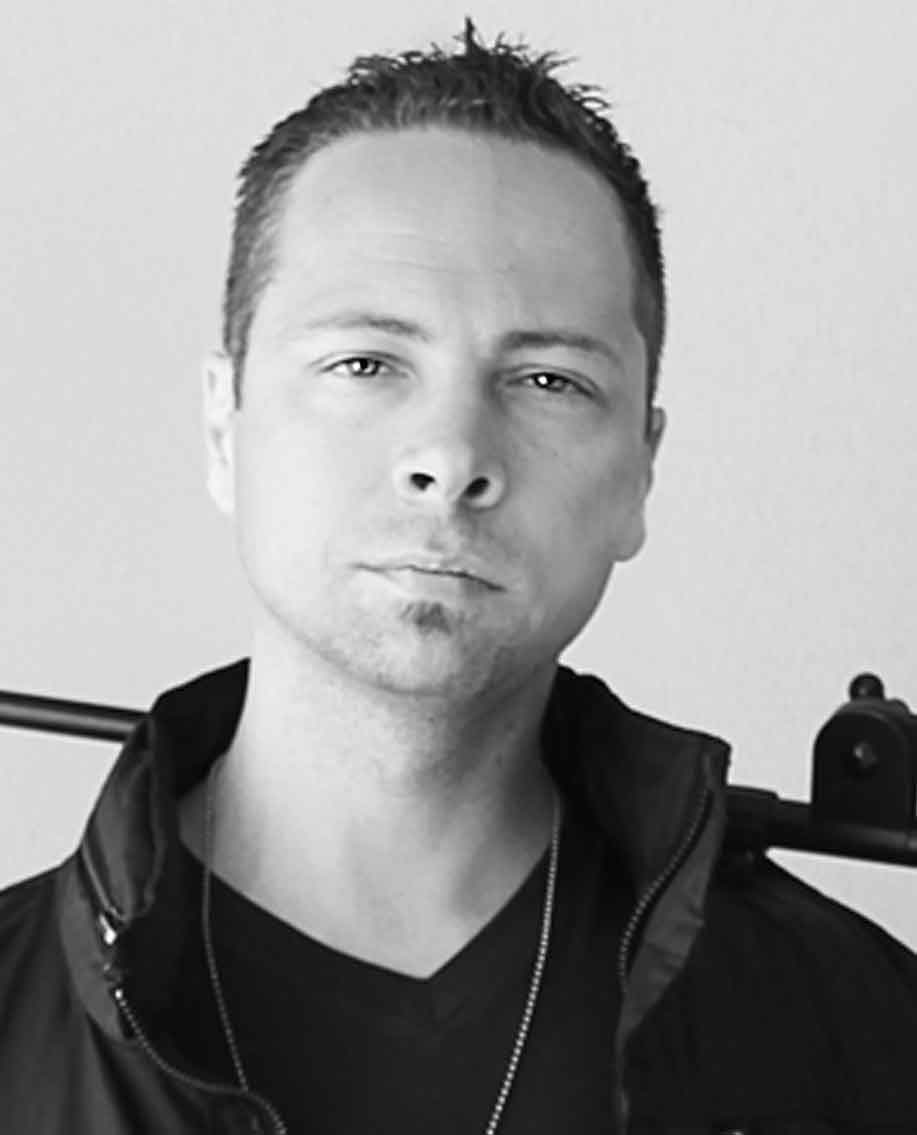 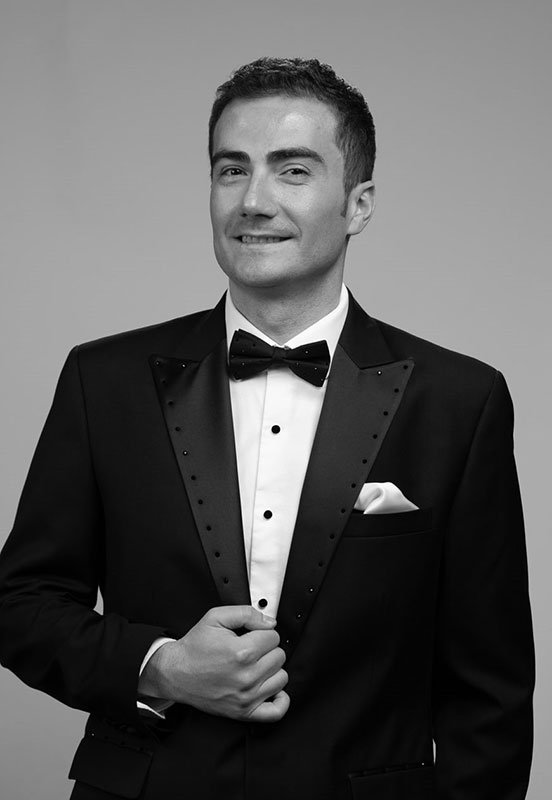 Remarked for his distinctive vocal qualities, Tenor Valentin Borsu brought to life various operatic characters, including Lenski in EUGENE ONEGIN, The Lover in AMELIA GOES TO THE BALL, as well as Mylio in LE ROI D’YS.  Additionally, Valentin was also cast in various Oratorio performances of MESSIAH, and ESTHER. He has collaborated with various Opera Companies, based in Alberta, such as Calgary Concert Opera Company, Cowtown Opera, Opera Nuova, Grande Prairie Opera, and had sung with Calgary Civic Symphony, Rosa Barocca, and Rocky Mountains Symphony Orchestra.

With a varied repertoire selection and outstanding vocal capabilities, allowing expressive exploration of various Musical Genres ranging from Opera to Musical and Classical Crossover, Valentin Borsu can provide his audience with a real musical experience.

A freelance writer and winner of two Ontario Newspaper Awards (Editorial, Opinion and Analysis), Tara has been writing for a variety of publications across Canada for 17 years.

Her experience has been wide-ranging including arts reporting, script writing, blogging and social media as well as research papers for private clients. With extensive experience in newspaper journalism, Tara has a demonstrated ability to write hard-hitting, clear and activist articles to encourage, rebuke and expose. 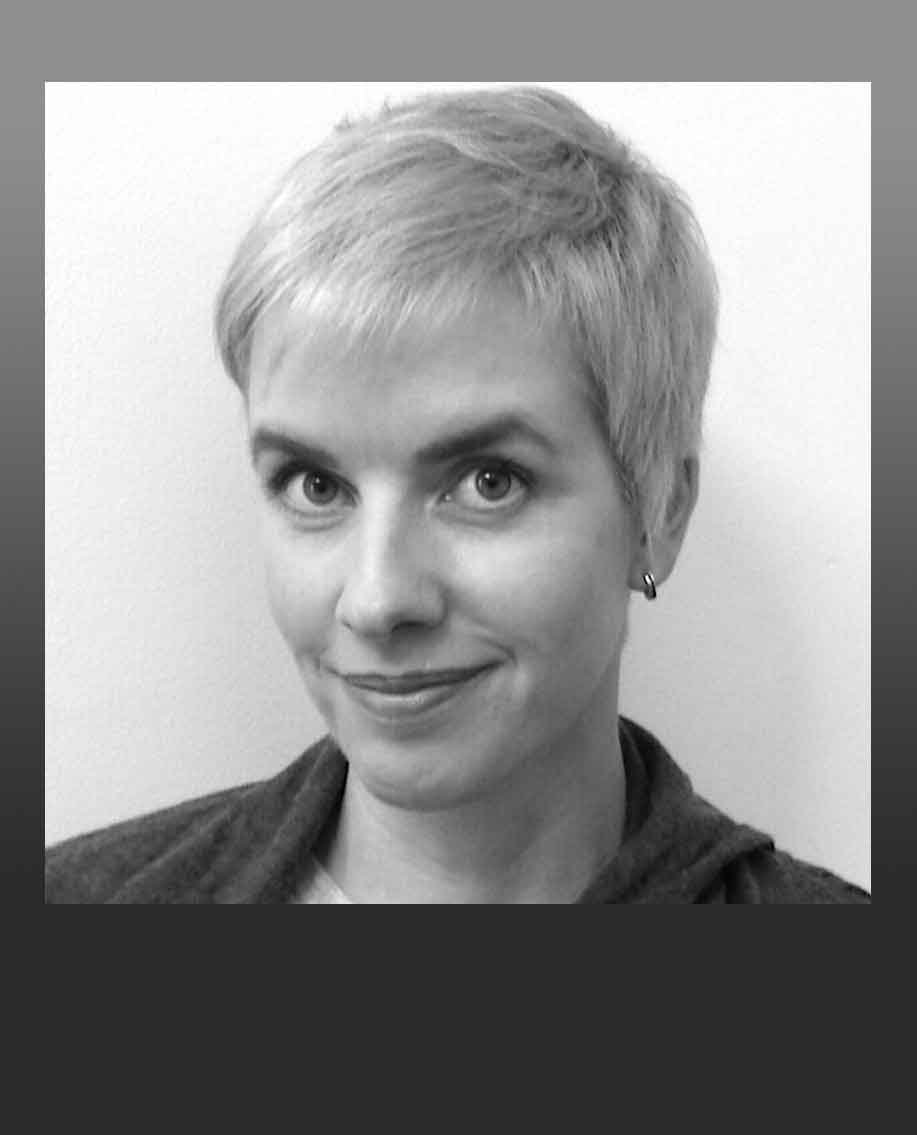 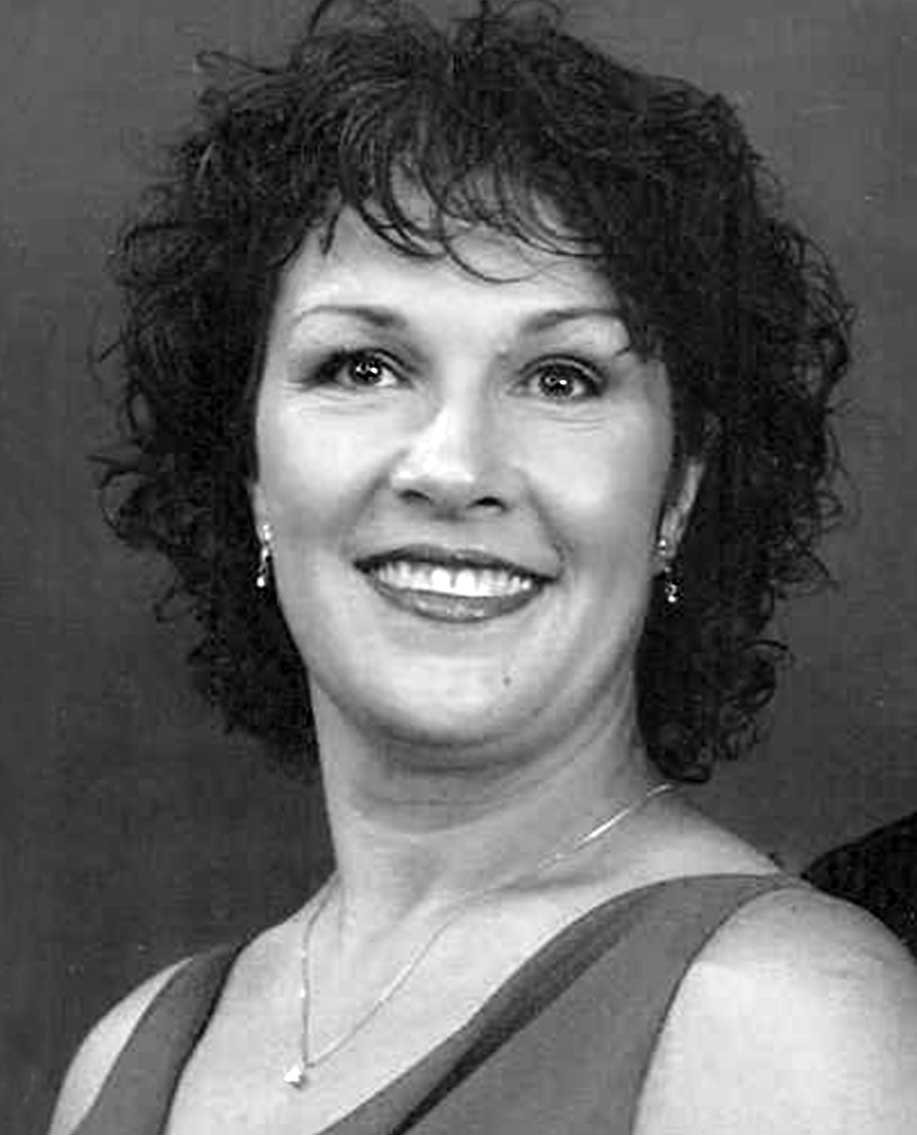 With a lengthy and successful career in teaching languages both in Romania and in Canada, a dedicated Career Counselor and Life Coach, Maria Bandol has always found time to address her different passions throughout the years, materializing them by building a strong rapport with the community.

She was a PR marketing coordinator of the Mosaic Festival in Calgary between 2005-2007 bringing her contribution to the promotion and enhancement of cultural heritage, arts and tradition of social practices and creative expression.

As Director of The Multicultural Department of the Calgary Folk Arts Council (2004-2007), Maria Bandol had the opportunity to plan and present informational programs to help all members to continue discussing and exploring topics of multicultural needs, established and maintained opportunities for structured dialogue and the development of ongoing cultural activities.

Maria Bandol had the chance of getting directly involved in multiple activities of promoting and developing the cultural awareness of the Romanian heritage in Alberta, and also creating new opportunities for further advancing the traditions and cultural patrimony of her home country.
She is a certified translator and interpreter at national level in Canada, member of the Association of Translators and Interpreters in Alberta – ATIA since 2000, as well as member of the Society of Translators and Interpreters of British Columbia – STIBC since 2008.

Romulus Boieru is a Music Composer and Producer with over 25 years of experience in arranging and creating musical pieces. His skillset includes songwriting, producing, recording, editing, mixing, mastering and live sound and his musical output has been warmly embraced by the public.

He is the owner of a fully equipped recording studio with industry standard digital and analog equipment located in Airdrie, Alberta, Canada. 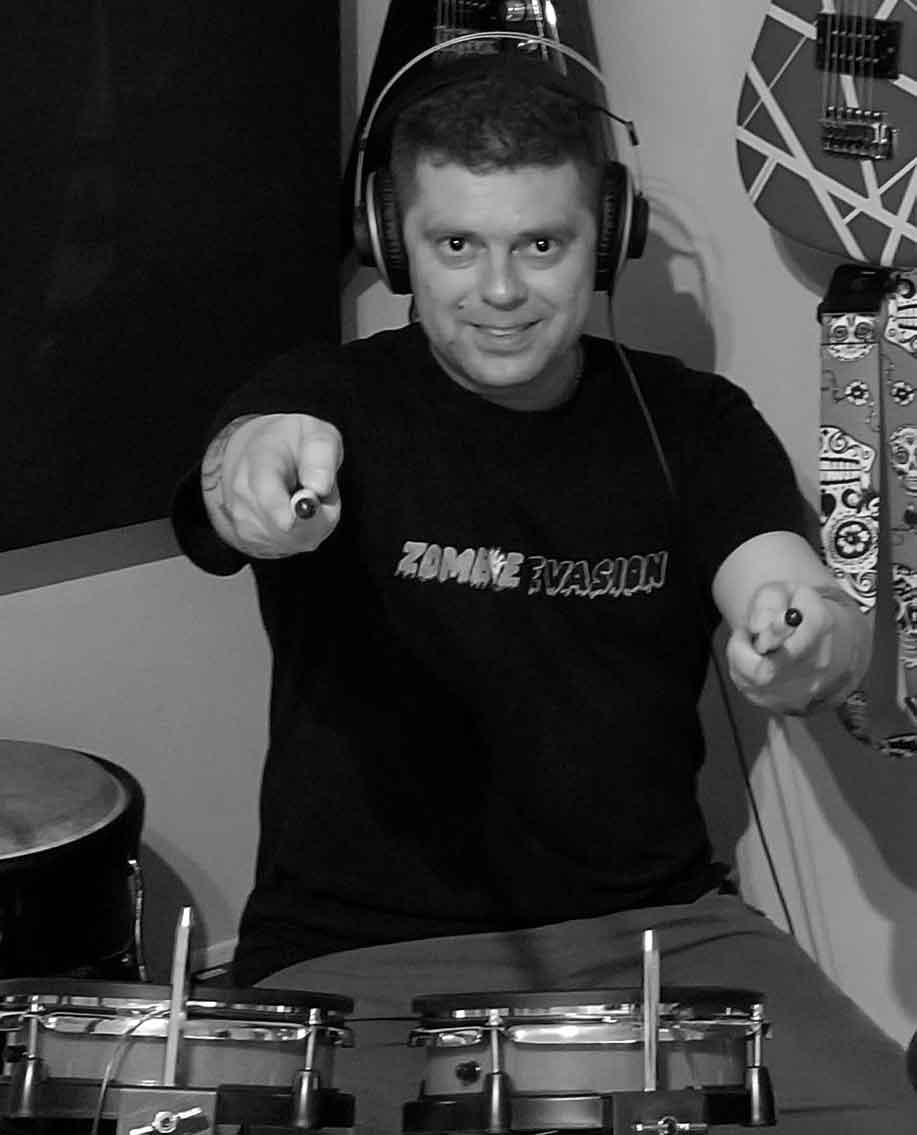 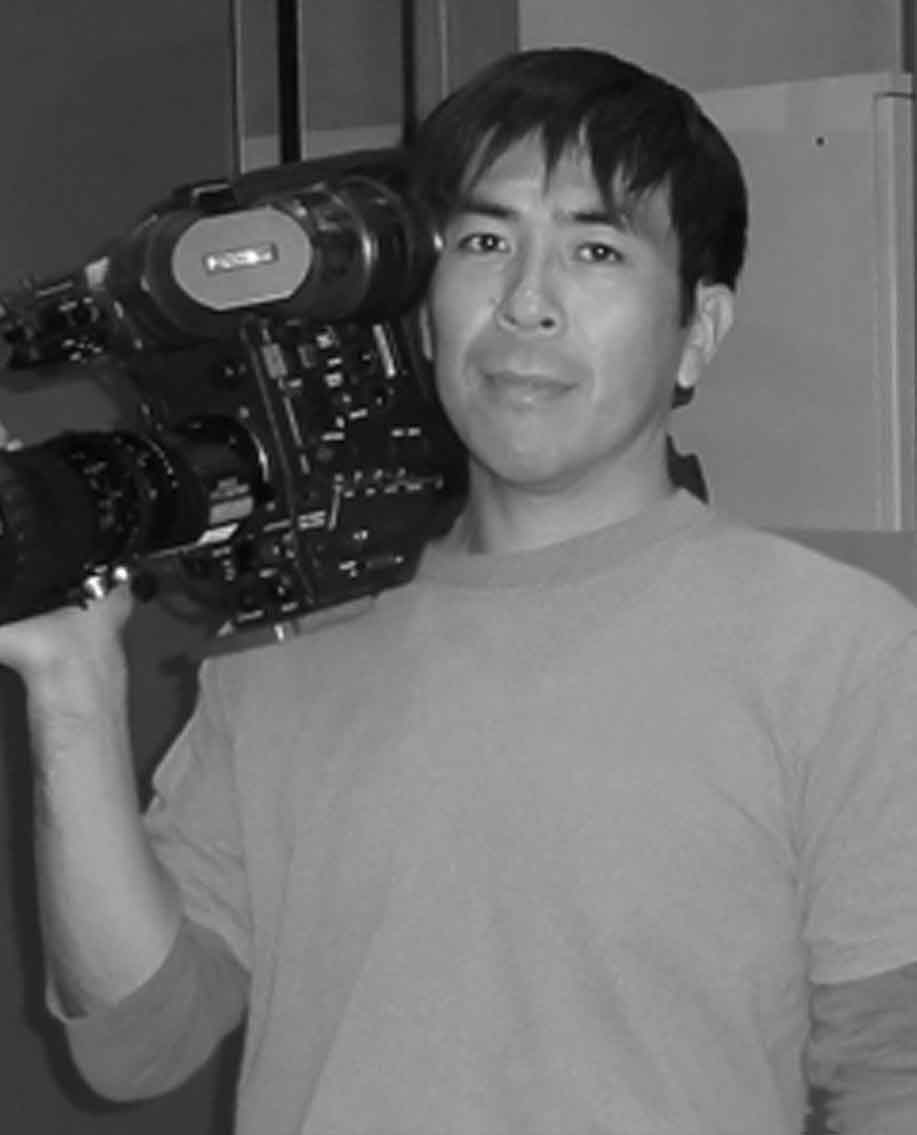 Yoshi Shirakaki is a freelance videographer based in Canada and Japan. He worked for KDLH, CBS affiliated TV station in Duluth, Minnesota. His first shooting was Charlton Heston’s interview of the US Presidential Primary in 2000.

He graduated from the University of Wisconsin-Superior with a Master’s Degree in Communication.

He had worked as a Director and Videographer at QVC Japan Inc, 24-hour non-stop shopping channel from 2001 to 2012. He earned high level professional audio and lighting skills.

Since 2013, Yoshi has been involved as a camera operator and videographer with Shaw TV Calgary as well as sport and travel writer for newspaper and web media in Alberta.

Your Wait is Over. Start Visualizing Your Story Today!